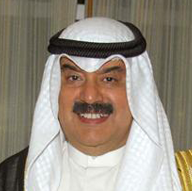 In the name of God the most Merciful

I would like to start by welcoming you to this important event that comes in the context of the efforts spent by the Ministry of foreign Affairs through the team for economic diplomacy at the Permanent Committee for the Following-up on implementation of the Five Year Development Plan and Government work, in partnership with the World Bank.

The title selection of today’s seminar comes in our conviction of the importance of progressing national development to advanced international levels in various social, economic and political fields.
The State of Kuwait’s international aid becomes of particular importance in the middle of the last century, provided in various humanitarian and development fields. As such, the State of Kuwait has been recognized by the United Nations as an International Humanitarian Center, and H.H the Amir Sheikh Sabah Al-Ahmad Al-Jaber Al-Sabah recognized as a Humanitarian Leader, in recognition of the generous aid given in confronting the needs of the international community.
The Kuwait Fund for Economic and Social Development comes with its distinctive work, pioneering experience and projects that have reached all continents of the world. In confirmation of my country Kuwait’s development importance and its unlimited support for the international community.

The State of Kuwait is in a race against time in achieving the vision of his H.H the Amir Sheikh Sabah Al-Ahmad Al-Jaber Al-Sabah in turning the State of Kuwait into an investment and financial hub worthy of attracting foreign investment, a part of Kuwait Vision 2035. In that regard, we appreciate efforts by the World Bank Group in achieving this vision by reorganizing its programs to become more suitable for this vision, by pushing forward development elements compatible with the State of Kuwait’s financial development. In ways like investing in human capital and enabling the private sector to participate in the development engine and encouraging sustainable development.

In conclusion, I would like to reiterate my appreciation for all of you and I wish the work of your seminar all the success and prosperity.