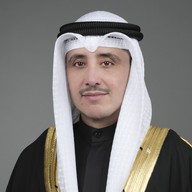 The Speech of the Minister of Foreign Affairs H.H. Sheikh Dr. Ahmad Nasser Al Mohammad Al Sabah at the 153th session of the League of Arab States on March 4th 2020

The Speech of the Minister of Foreign Affairs H.H. Sheikh Dr. Ahmad Nasser Al Mohammad Al Sabah at the 153th session of the League of Arab States on March 4th 2020

In the name of God the most Merciful
Your Highness Yusuf bin Alawi bin Abdullah– the Minister of Foreign Affairs of the Sultanate of Oman and President of the current session of the Arab League.
Your Highnesses and Excellences participating heads of Delegations.
Your Highness Ahmed Aboul Gheit - Secretary-General of the League of Arab States

I would like to start by offering my gratitude to President Mohammad Ali Hakim – Minister of Foreign Affairs of the Republic of Iraq for his efforts during his previous Presidency of the last session. I would also like to congratulate H.H. Yusuf bin Alawi bin Abdullah– the Minister of Foreign Affairs of the Sultanate of Oman on the Presidency of the current session. Wishing him a successful Presidency in facilitating the work of the current session of the Arab League.

I would also like to welcome our newly joined brothers H.H. Abdullatif Alzayani - Minister of Foreign Affairs of the Kingdom of Bahrain and H.H. Noureddine Erray – Minister of Foreign of Affairs of the Republic of Tunis. We wish them all the best in their new posts. We have trust in their ability in pushing forward our joint Arab efforts.
I would also like to thank H.H. Ahmed Aboul Gheit - Secretary-General of the League of Arab States, and the office of the Secretary-General for their exceptional preparation and organization of this session.

This session is in the context of extraordinary developing circumstances in our Arab region. Our Arab countries still suffer from the open wounds. Even as we worked together and with the international community with enthusiasm and ambition on finding suitable solutions for the crises in the region, we still have not achieved desirable outcomes. These unresolved crises have contributed in deteriorating the living standards of the Arab region and siphoned our resources. Which resulted in regression of Arab countries in many standards in political, economic, and social international indicators, that which reflects negatively on the Arab citizen.
As we reach the 75th Anniversary of the Establishment of the Arab League. We need today more than ever our commitments to unify our positions and to overcome our differences and reinforce our unity. We have to plan to work together and face the challenges and threats of our region hand in hand.

The logical course of all issues in the world is reaching a solution over the passage of time, but for the Palestinian issue its getting worse over the passage of time. This is due to the destructive policies taken by Israel, and the failure of the international community in implementing the legitimate international Resolutions and compel Israel in implementing them. These reasons lead to the complete paralysis of the peace efforts and the feeling of hopeless in reaching a solution to the Palestinian issue and reaching a balanced and comprehensive peace. The State of Kuwait is committed in its unwavering position of supporting the choices of the Palestinian people, and to a balanced and comprehensive solution that does not compromise the rights of the Palestinian people and does not contradict United Nations Resolutions, especially Resolutions 242, 338 and 2334. In addition to International agreements in the matter, in its forefront the establishment of an Independent and Sovereign Palestinian State with the borders of the 4th of June 1967 and its Capital of East Jerusalem. These Resolutions and Agreements do not sanction Israel’s current occupation, its continuing disregard of its international obligations, threatening Arab, Muslim and Christian existence, and identity, and the historical unwavering rights of the Holy Al-Quds mosque.

In this regard, I would to welcome Mr. Christian Saunders – Acting Commissioner-General of the United Nations Relief and Works Agency for Palestine Refugees (UNRWA). We reassure him of the continuing support of the State of Kuwait for the Agency, in offering constructive help in supporting the Palestinian people and reduce their suffering.

In reference to the Syrian issue, we express our deep concern for the military escalation in the north of Syria, and its effect on the humanitarian situation. We maintain that the anti-terrorism operations are not exempt in any way any of the parties of the conflict from international law and obligations. We also affirm there is no military solution to the Syrian crisis, and the only solution is through political compromise in accordance to Resolution 2254 and Geneva Conference (2012), and to respond to the aspirations of the brotherly Syrian people. We also encourage the appropriate parties to adhere to United Nations Security Council Resolution 2401 (2018), that allows safe, unimpeded and sustained access for humanitarian and medical services in accordance to international law.

We also affirm the occupied Golan Heights is Arab lands occupied by Israel. The seizing of land by force contradicts the United Nations Charter and the principles of international law and UNSC Resolutions, including Resolution 497.
In this regard, I would like to welcome Mr. Geir Pedersen - Special Envoy for Syria. Affirming to him the support of the State of Kuwait for his efforts in finding a solution the Syrian crisis.

In reference to the Yemen Crisis, we express our deepest concern for the continuation of this struggle and suffering of the brotherly Yemeni people. We affirm our position that a political solution is the best in solving this crisis, built on established three references, the UNSC Resolutions of reference, especially Resolution 2216, and adherence to Stockholm Agreement and Riyadh Agreement (5th of November 2019). In addition to supporting the efforts of the UN Special Envoy to Yemen in resuming talks for reaching a comprehensive political Agreement that fulfils the aspirations of the brotherly Yemeni people, guarantees non-interference in its internal affairs, preserves its stability, and unity of its territory. We also strongly condemn attacks initiating from within Yemen threatening the safety and stability of the Kingdom of Saudi Arabia, and the region.

In reference to the Libyan issue, the State of Kuwait supports all international effort in unifying ranks and prevailing peace in the brotherly State of Libya. We value the efforts of Mr.  Ghassan Salamé – UN Special Representative to Libya. We also encourage all Libyan sides to act responsibly and have genuine interest in reaching a political compromise. In this regard, we affirm our support for the outcomes of the Berlin Conference and the importance of a cease fire and adherence to the UNSC Resolution 2510 (2020). Therefore, allowing for dialogue between Libyans to reach an end to the conflict and achieving peace.

In reference to the Arabian Gulf region, the continuation of the instability and its consequences on the safety of the vital maritime region is a direct threat that requires all sides to adhere to self-control and respect for international maritime law. It also requires an increase in our diplomatic efforts with the international community to safeguard the region from perspective danger. It is important to compile international effort to protect this important and vital passage for the world.

Lastly, for the pressing matter at hand, the spread of the new Corona virus that knows no border and no race or origin. It represents a danger to the people of the region, a demand on our countries and governments, a challenge and a real test that requires combining our international efforts. In addition to coordinating together on all levels to avoid the negative outcomes of this crisis which casts its shadows on many sectors on the nations of the world. We ask God Almighty to support us in preventing dangers on our people and region.