His Excellency Sheikh Dr. Ahmed Nasser Al-Mohammed Al-Sabah, Minister of Foreign Affairs receives His Excellency Mr. Abdo Boubacar, Ambassador of the Republic of Niger to the State of Kuwait, on the occasion of the end of his tenure 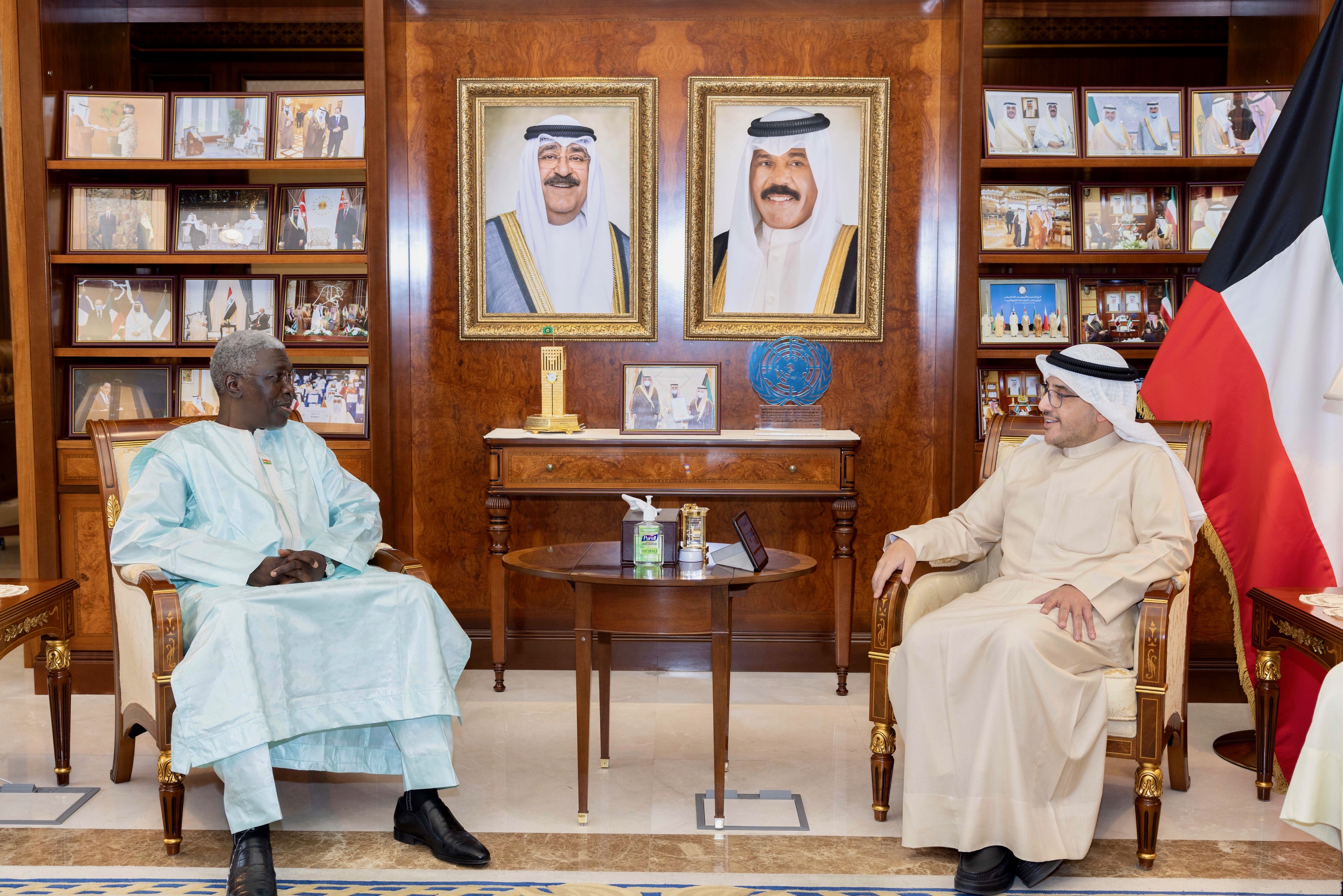