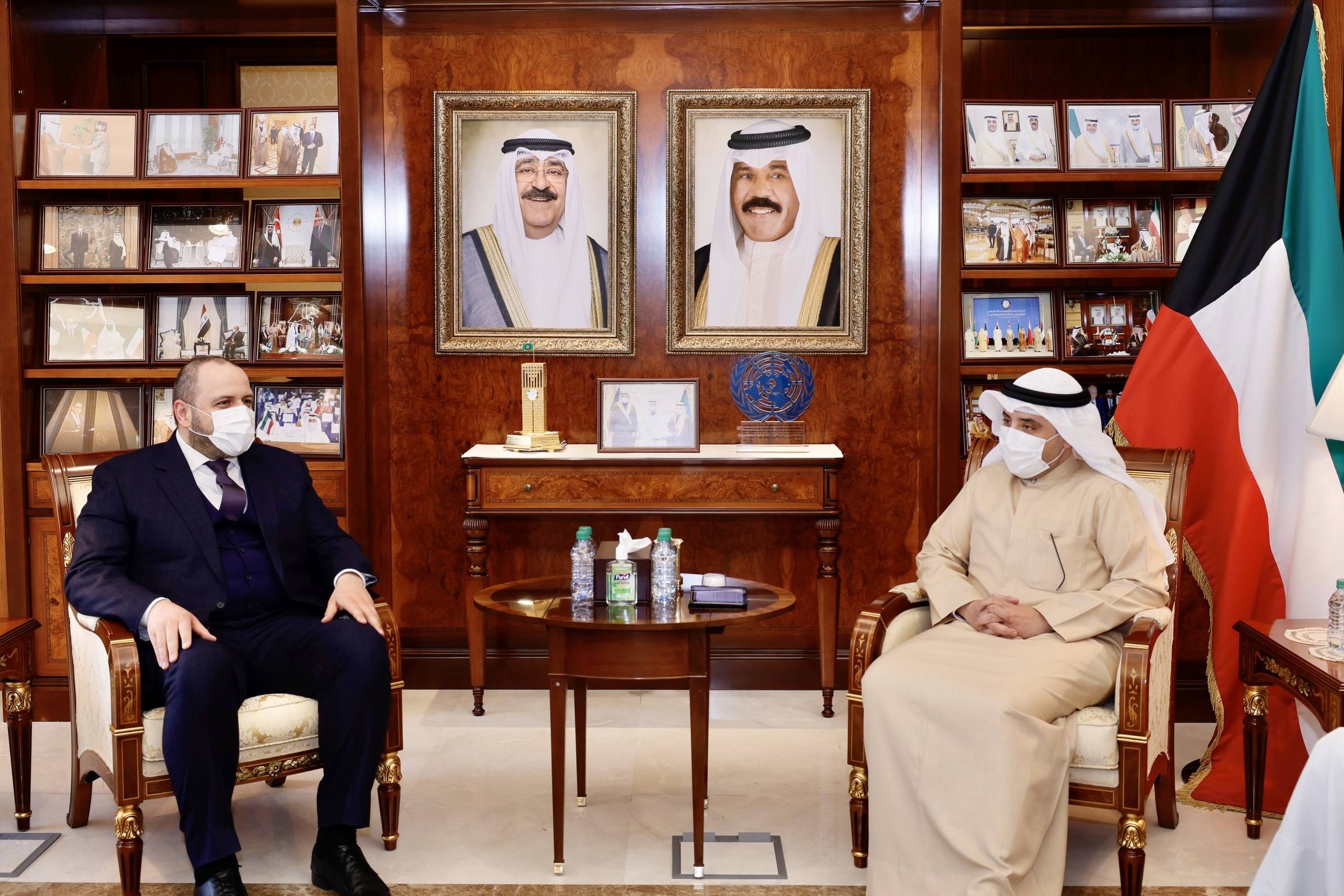 His Excellency Sheikh Dr. Ahmed Nasser Al-Mohammed Al-Sabah, Minister of Foreign Affairs, received His Excellency Mr. Rustam Omirov, envoy of the Ukrainian President and a member of Ukrainian Parliament, on Thursday, March 31st 2022, on the occasion of his visit to the country. During the meeting, the envoy reviewed the latest developments in the Ukrainian crisis.

For his part, the Minister of Foreign Affairs reiterated the principled and firm position of the State of Kuwait towards rejecting any use of force or threatening it based on the Charter of the United Nations and international law, emphasizing the principle of states’ sovereignty, independence, unity and territorial integrity in accordance with their internationally recognized borders, and supporting all international efforts and endeavors to solve the crisis in Ukraine.