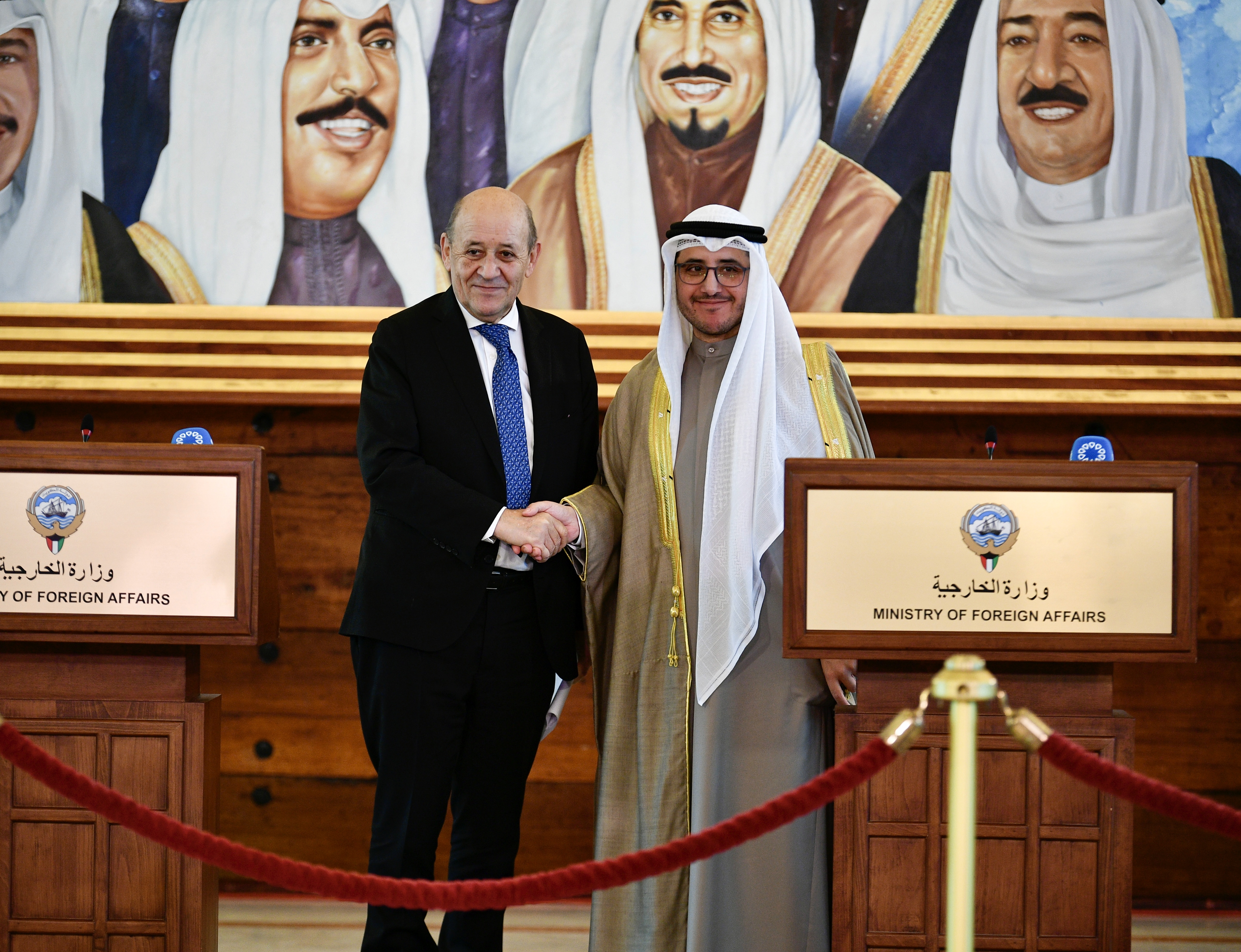 During the official banquet, the close and solid bilateral relations linking the State of Kuwait with the French Republic and the common interest in strengthening and developing them in all aspects of cooperation between the two friendly countries were reviewed.

For his part, the French Foreign Minister expressed his aspiration for the continuation of the solid cooperation between the two friendly countries in various fields and at all levels, praising the wisdom of the State of Kuwait and the balance of its foreign policy and the efforts it is making in consolidating the pillars of maintaining peace and security in the region.