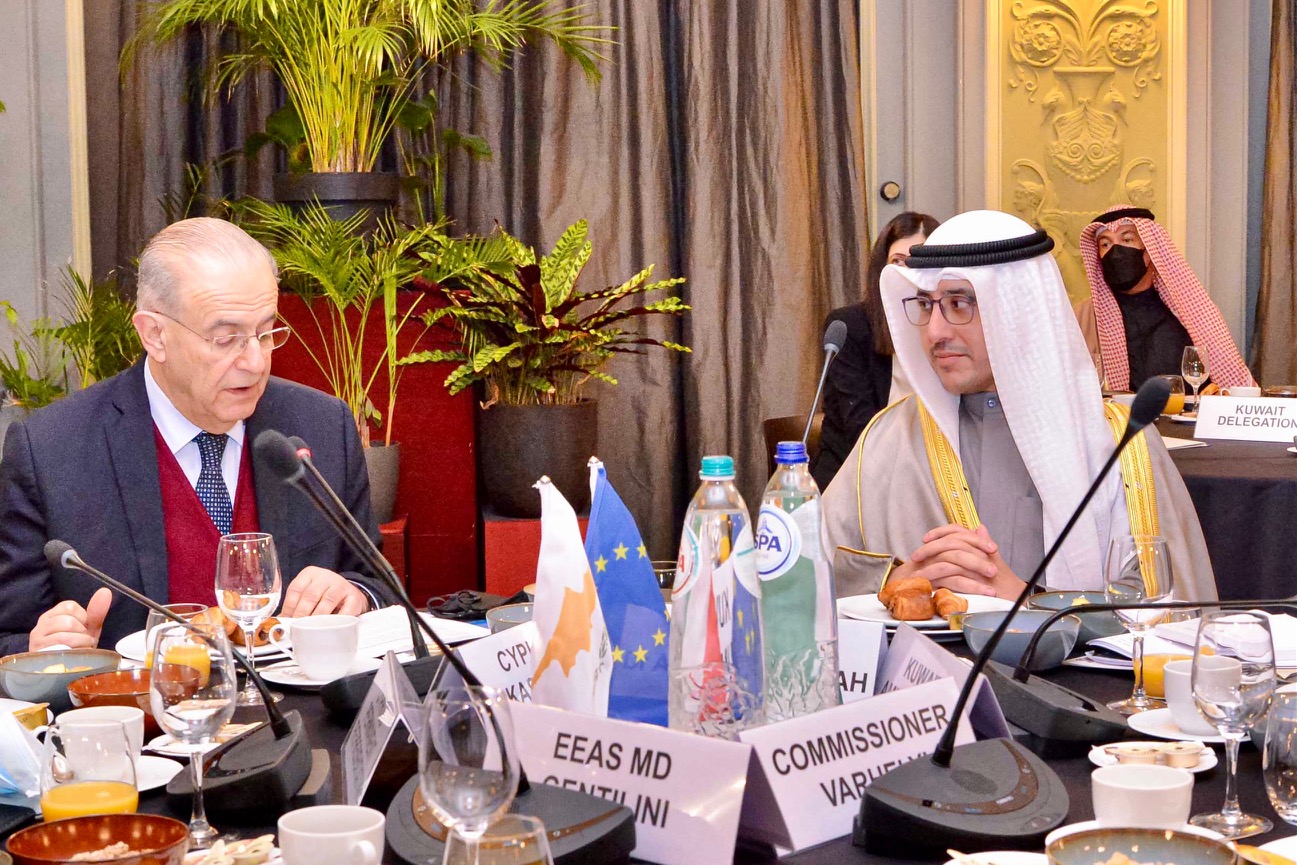 During the meeting, the Foreign Ministers reviewed the strong and close relationship that unites the State of Kuwait with the European Union and its states, as well as ways to enhance and develop the existing cooperation and partnership between them in various fields and at all levels, and the frameworks for upgrading them to broader and more comprehensive levels. Their Excellencies the Ministers exchanged, in an interactive dialogue, views on current regional and international issues, and joint coordination regarding them.