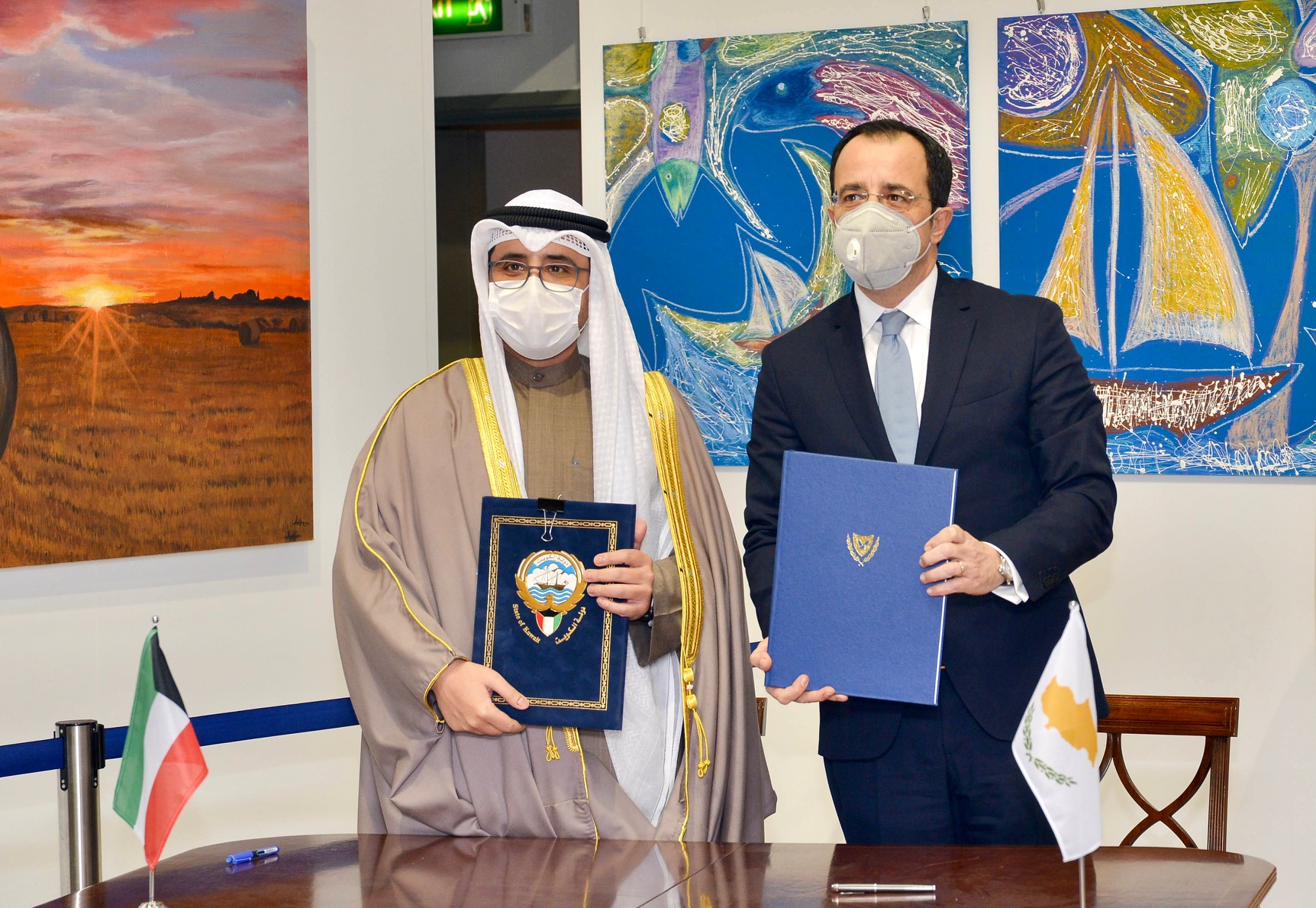 A session of official bilateral talks between the State of Kuwait and the Republic of Cyprus was held in the Cypriot capital, Nicosia, on Monday, January 10, 2022. The Kuwaiti delegation was headed by His Excellency Sheikh Dr. Ahmed Nasser Al-Mohammed Al-Sabah, Minister of Foreign Affairs and Minister of State for Cabinet Affairs, accompanied by a delegation of senior officials Nikos Christodoulides, Minister of Foreign Affairs of the Republic of Cyprus, headed the Cypriot side. During the talks, the overall close bilateral relations that bind the two friendly countries were reviewed, and the joint expression of pride in its progress on the 61st anniversary of the establishment of bilateral relations between the two friendly countries, recalling its most prominent cornerstones and the growth of its progress in various fields, and emphasizing its development at all levels and fields. During the session, frameworks for enhancing joint cooperation in regards to the spread of the novel coronavirus and its variants were discussed, and the importance of concerted international efforts in this regard. During the talks, the two top officials exchanged views on the latest developments on the regional and international arenas, and discussed the most prominent challenges that the region is witnessing and facing.

After the talks session, the two Ministers signed two memoranda of understanding, namely, a memorandum of understanding on the establishment of a joint committee for cooperation between the government of the State of Kuwait and the government of the Republic of Cyprus, at the level of the Foreign Minister of the two friendly countries, and a memorandum of understanding signed by His Excellency the Minister of Foreign Affairs and Minister of State for Cabinet Affairs and the Minister of Transport, Communications and Labor of the Republic of Cyprus On the prevention of theft, secret excavation, illegal import and transfer of ownership of cultural property and the promotion of its settlement, which reflect the determination of the two friendly countries to develop and consolidate bilateral relations in all fields and at various levels.

A joint press conference was also held between the two ministers at the conclusion of the official talks session, which included aspects of the existing cooperation between the two friendly countries.