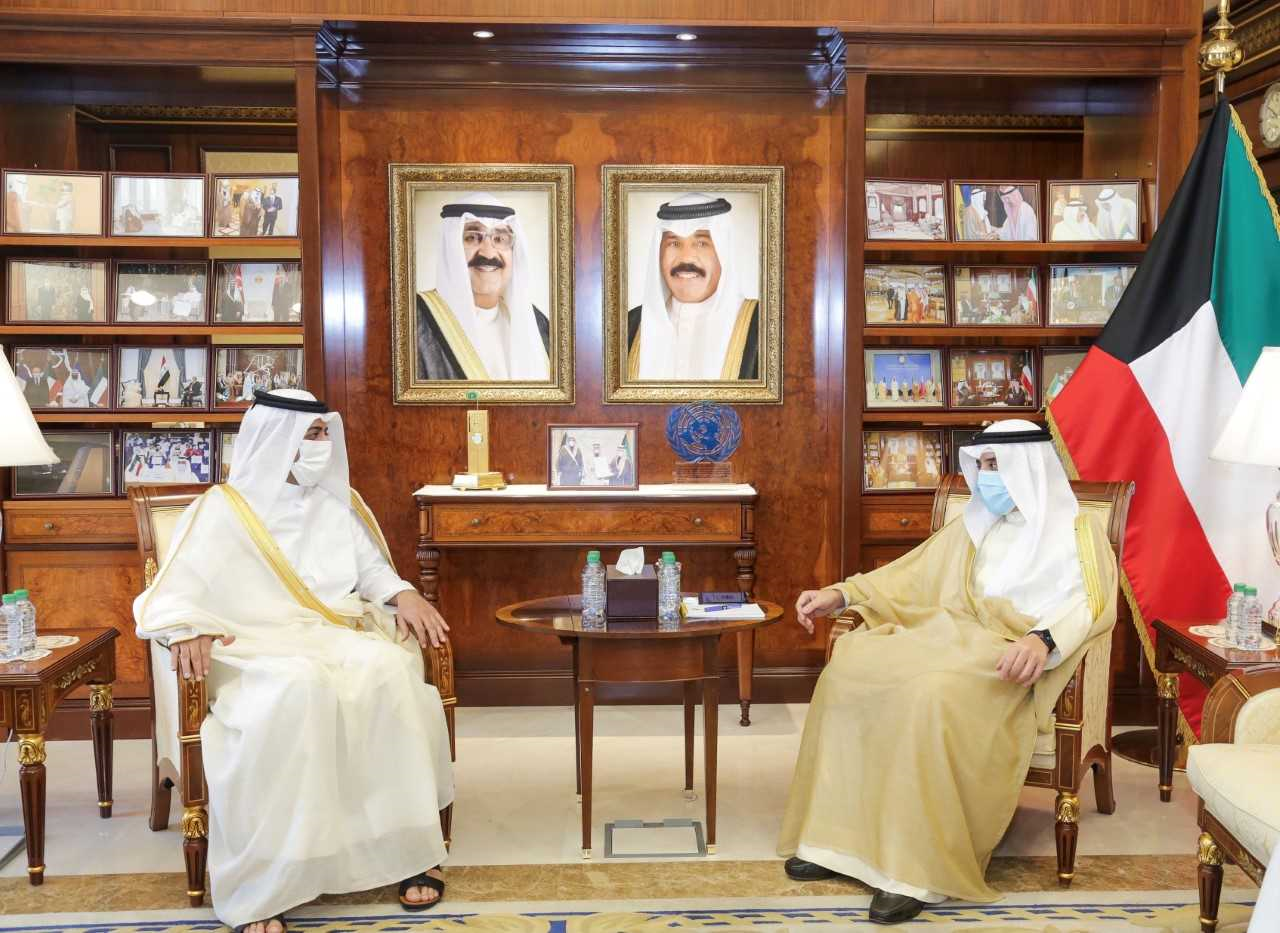 His Excellency Sheikh Dr. Ahmed Nasser Al-Mohammed Al-Sabah, Minister of Foreign Affairs and Minister of State for Cabinet Affairs, received His Excellency Bandar bin Mohammed Al-Attiyah, Ambassador of the State of Qatar, on the occasion of the end of his tenure as his country’s ambassador to the State Kuwait. Where His Excellency praised, during the meeting, the ambassador's efforts and contributions in the context of strengthening the strong brotherly relations that bind the two brotherly countries and peoples.