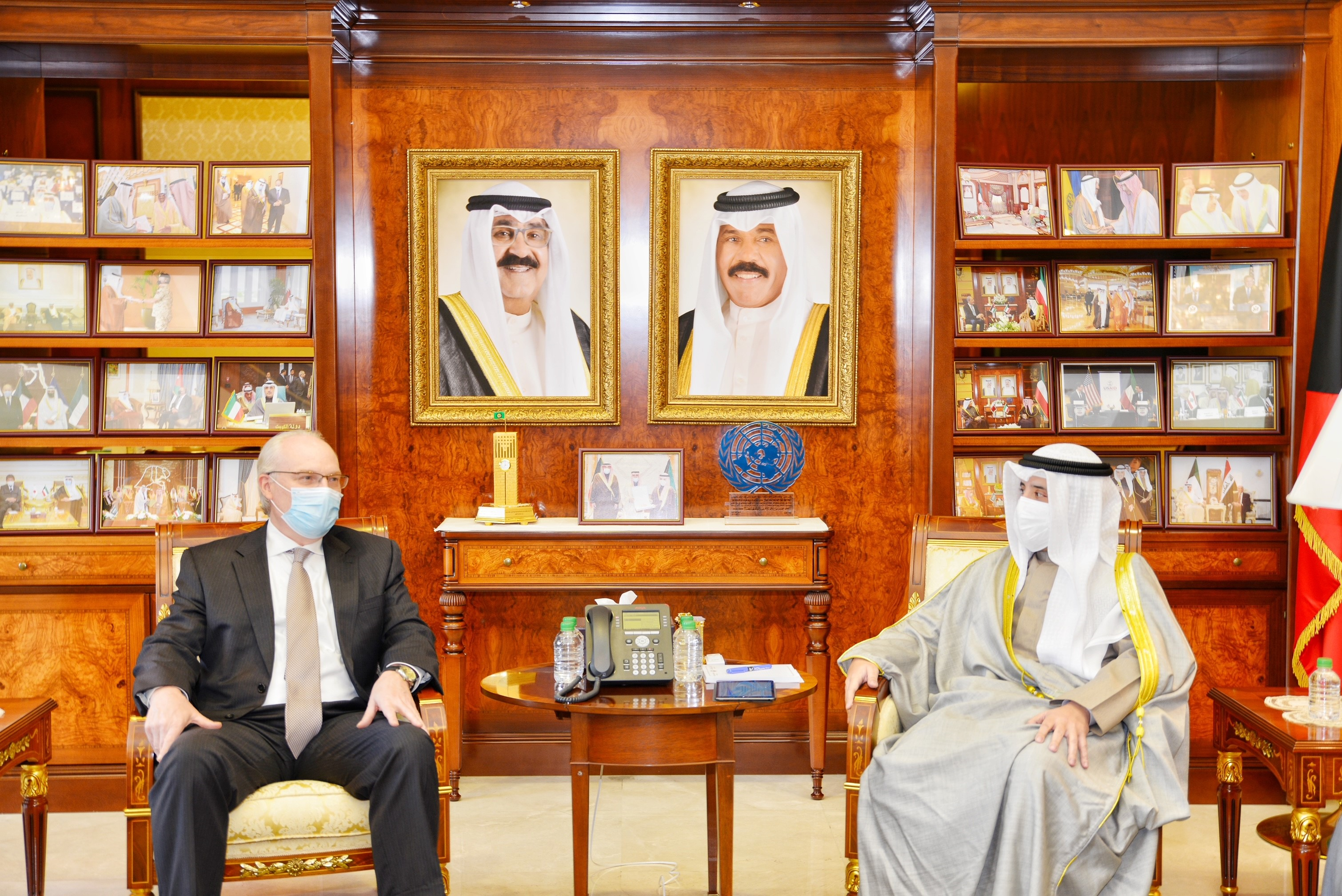 His Excellency Sheikh Dr. Ahmed Nasser Al-Mohammad Al-Sabah, Minister of Foreign Affairs, received on Monday, March 1st 2021, His Excellency Mr. Tim Lenderking, the United States' Special Envoy to Yemen, on the occasion of his visit to the country. Where the envoy provided an explanation of the latest developments in the Yemeni crisis, praising the State of Kuwait and its multiple contributions on the political and humanitarian levels to restore security and safety to the Yemen.

For his part, His Excellency the Minister of Foreign Affairs reiterated the firm and principled position of the State of Kuwait towards providing all aspects of support to Yemen and its brotherly people, and exerting all efforts to restore security and stability to its territory. His excellency reiterated the State of Kuwait’s keenness to stabilize the political and security situation in the Republic of Yemen and reach a political solution in accordance with the three references, the Gulf Initiative and its implementation mechanism, the outcomes of the comprehensive national dialogue, and Security Council Resolution 2216.

His Excellency stressed the importance of the role of the United States of America and its endeavors to end the Yemeni crisis and its humanitarian and development assistance to the brotherly Yemeni people, stressing the State of Kuwait's support for all efforts undertaken by the Special Envoy in this regard. His Excellency also urged the envoy to continue to pressure the Houthi militias to stop the attacks that target the suburbs and civilian installations, again condemning and denouncing the continuous and repeated attacks on the territory of the Kingdom of Saudi Arabia, which are a direct threat to the Gulf and Arab national security.