His Excellency Sheikh Dr. Ahmed Nasser Al-Mohammed Al-Sabah, Minister of Foreign Affairs and Minister of State for Cabinet Affairs, inspects the progress of the acceptance tests for the new applicants to work in the translation field at the Saud Al-Nasser Diplomatic Institute 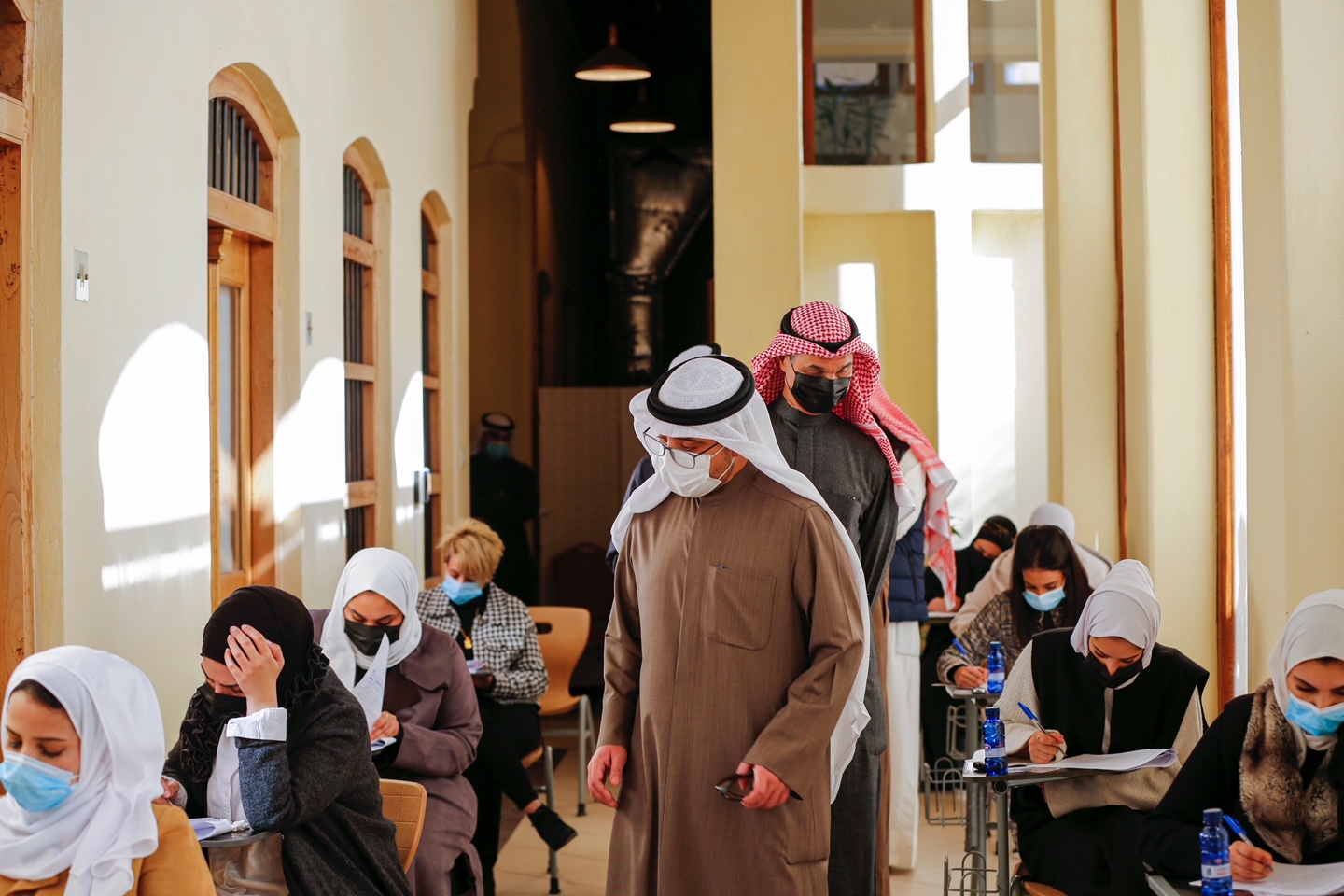 His Excellency reassured that the administration of the tests is in accordance with the health requirements and the provision of the applicants' needs, and his Excellency expressed his wishes for all of them success in their exams, and expressed his aspiration to join them to work in the Ministry of Foreign Affairs, to serve the country, and to preserve its higher purpose under the wise leadership of His Highness the Amir Sheikh Nawaf Al-Ahmad Al-Jaber Al-Sabah and His Highness the Crown Prince, Sheikh Mishaal Al-Ahmad Al-Jaber Al-Sabah.