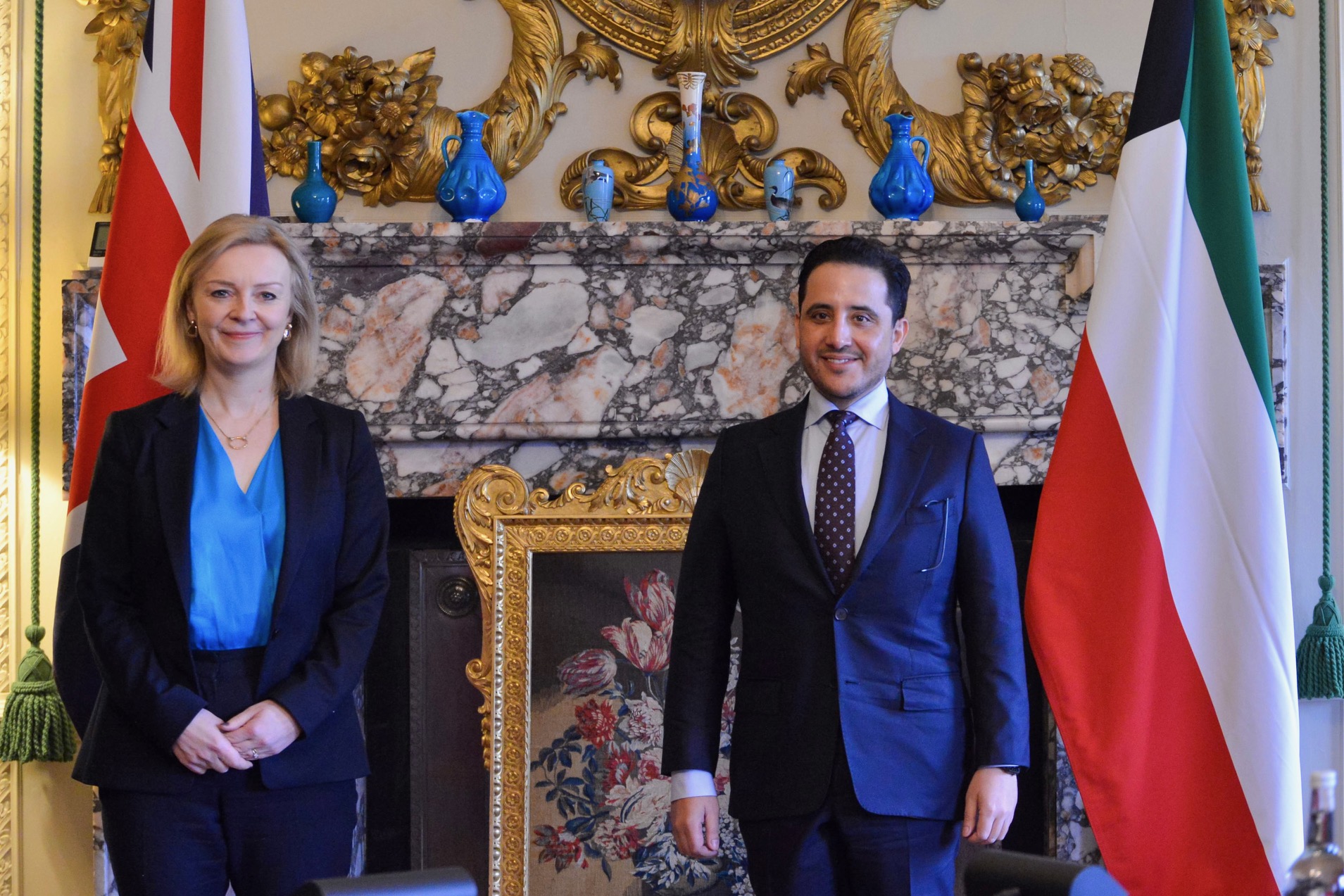 His Excellency Sheikh Dr. Ahmed Nasser Al-Mohammed Al-Sabah, Minister of Foreign Affairs and Minister of State for Cabinet Affairs, met with Her Excellency Mrs. Elizabeth Terrace, Minister of Foreign Affairs, Commonwealth Affairs and International Development of the United Kingdom of Great Britain and Northern Ireland, on Monday, 20 December 2021, on the sidelines of the joint ministerial meeting between the countries of the Cooperation Council for the Arab States of the Gulf and the United Kingdom, which was held today in the British capital, London. Where the meeting dealt with the entirety of the historical relations and the solid friendship that unites the State of Kuwait and the United Kingdom, and discussed various areas of cooperation in a way that enhances common interests and benefits the two countries and their friendly peoples, and coordinates in the framework for strengthening joint Gulf action and cooperation with the United Kingdom in various fields.