His Highness the Amir awards His Excellency Sheikh Dr. Ahmed Nasser Al-Mohammad Al-Sabah, Minister of Foreign Affairs, the Kuwaiti Order of the First Degree, for his distinguished efforts. 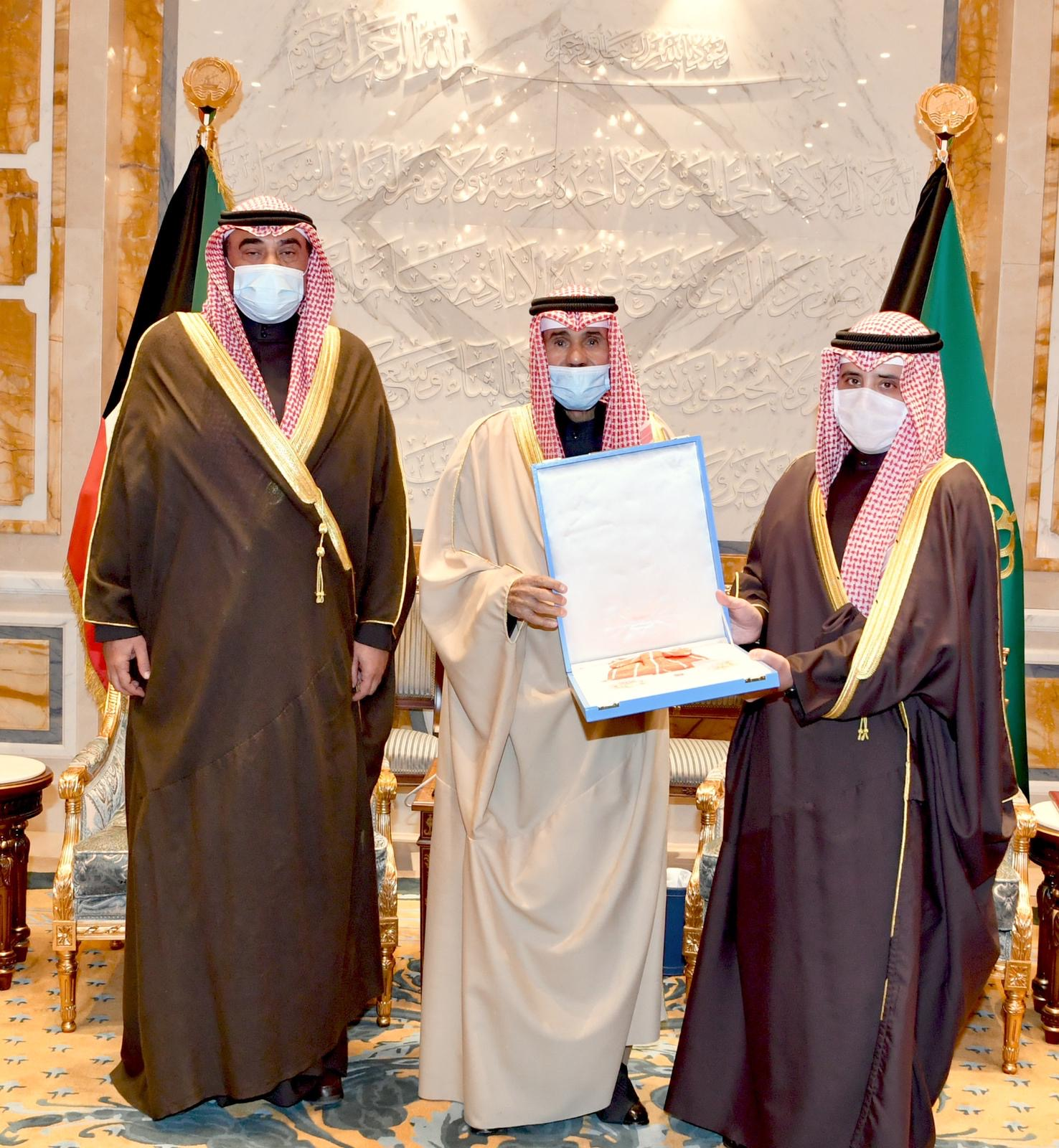 His Highness the Amir, Sheikh Nawwaf Al-Ahmad Al-Jaber Al-Sabah, bestowed the Order of Kuwait of the First Degree Medal to His Excellency Minister of Foreign Affairs Sheikh Dr. Ahmed Nasser Al-Mohammad Al-Sabah, in the presence of His Highness Sheikh Sabah Khaled Al-Hamad Al-Sabah, Prime Minister and at Bayan Palace this morning. His Highness the Amir, Sheikh Nawwaf Al-Ahmad Al-Jaber Al-Sabah delivered the following speech during the reception, the text of which was as follows:
“The effort in which you spent in your efforts in for your travel from one country to another, and for attending formalities as part of these efforts, you are truly appreciated. This is the true responsibility of the people of Kuwait. May God bless you for your efforts. History will record your efforts and the sacrifices that you made in your travels from country to country . This effort is a big thing, and you deserve this Medal of the First Degree. A thousand congratulations, we congratulate you and we say God help you for the things to come, God willing. You served Kuwait and you served the late Amir Sheikh Sabah Al-Ahmad Al-Jaber Al-Sabah, may God rest his soul, and you made a great effort in your current time, may God bless you and help you and grant you success.”
His Excellency Minister of Foreign Affairs Sheikh Dr. Ahmed Nasser Al-Mohammad Al-Sabah responded with the following text:
“These efforts came from under your guidance and leadership and a duty to serving our country, serving Kuwait, as it has been the greatest honor. May God grant you long-life. This is my greatest honor and what we come under your directives, may God preserve you, long life.”