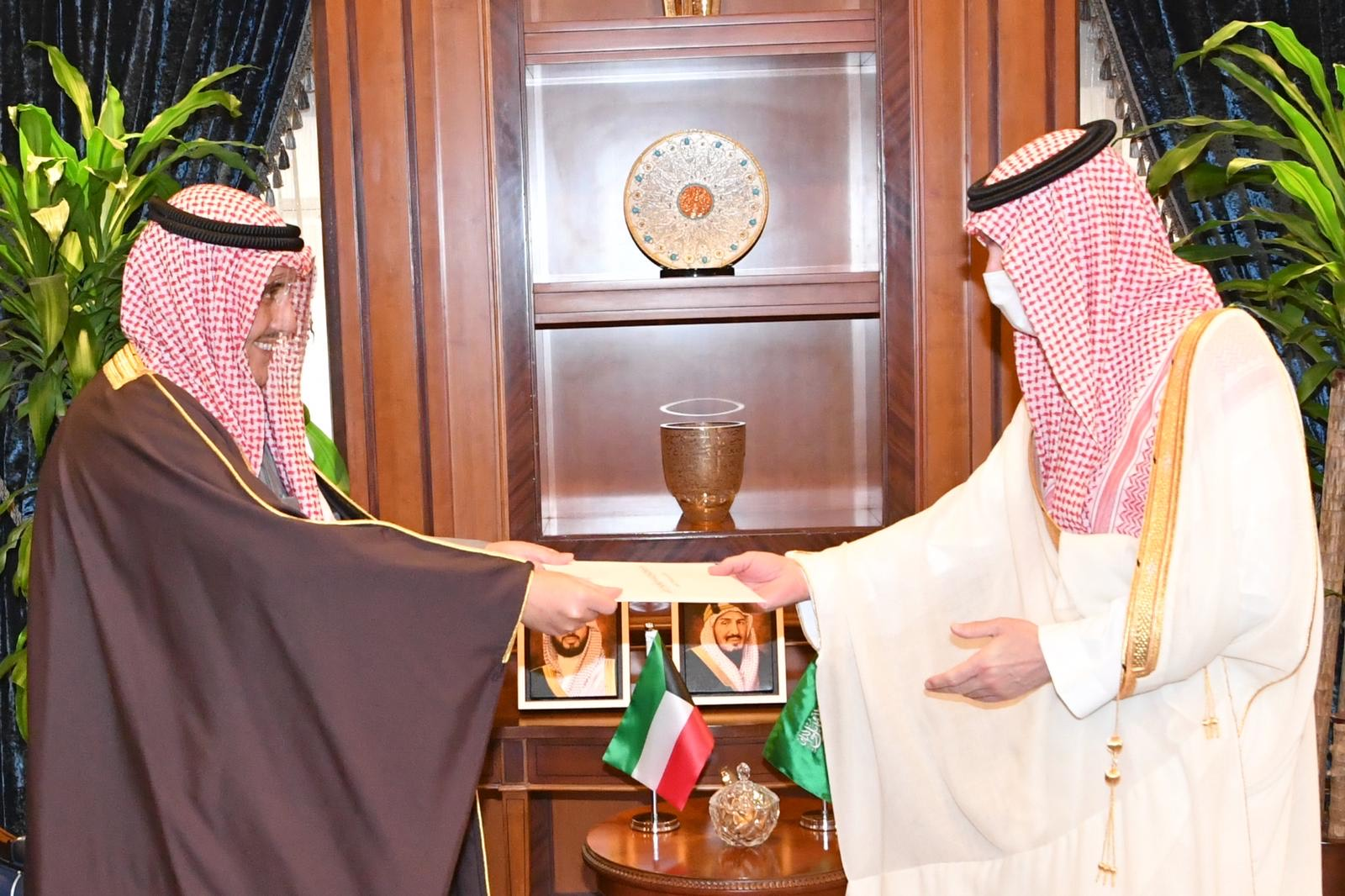 The envoy of His Highness the Amir, His Excellency Sheikh Dr. Ahmed Nasser Al-Mohammad Al-Sabah, Minister of Foreign Affairs, delivers a written message from His Highness the Amir to His Highness, Custodian of the Two Holy Mosques, King Salman bin Abdulaziz Al Saud, King of the Kingdom of Saudi Arabia. The letter references the strong fraternal bilateral relations that bind the two countries and the two brotherly peoples and means of supporting and strengthening them in various fields and in all levels. The letter also included the latest developments on the regional and international arenas. The envoy of His Highness, delivered the written message to His Excellency the Minister of State for Foreign Affairs and Cabinet Member Adel bin Ahmed Al-Jubeir.