The envoy of His Highness the Amir, His Excellency Sheikh Dr. Ahmed Nasser Al-Mohammad Al-Sabah, Minister of Foreign Affairs, meets His Excellency Dr. Nayef Falah Mubarak Al-Hajraf, Secretary-General of the Cooperation Council for the Arab States of the Gulf, on the sidelines of his official visit to Riyadh 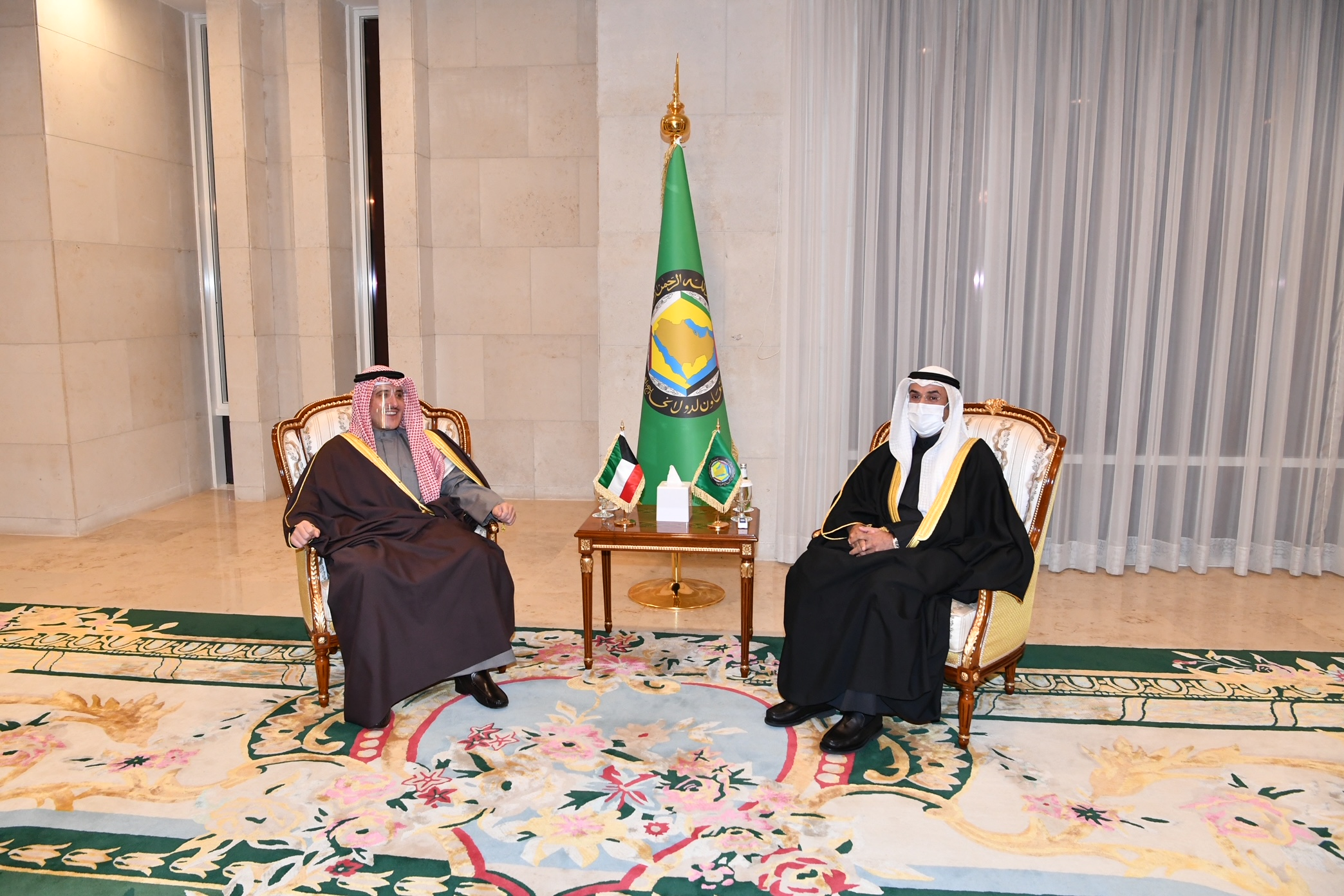