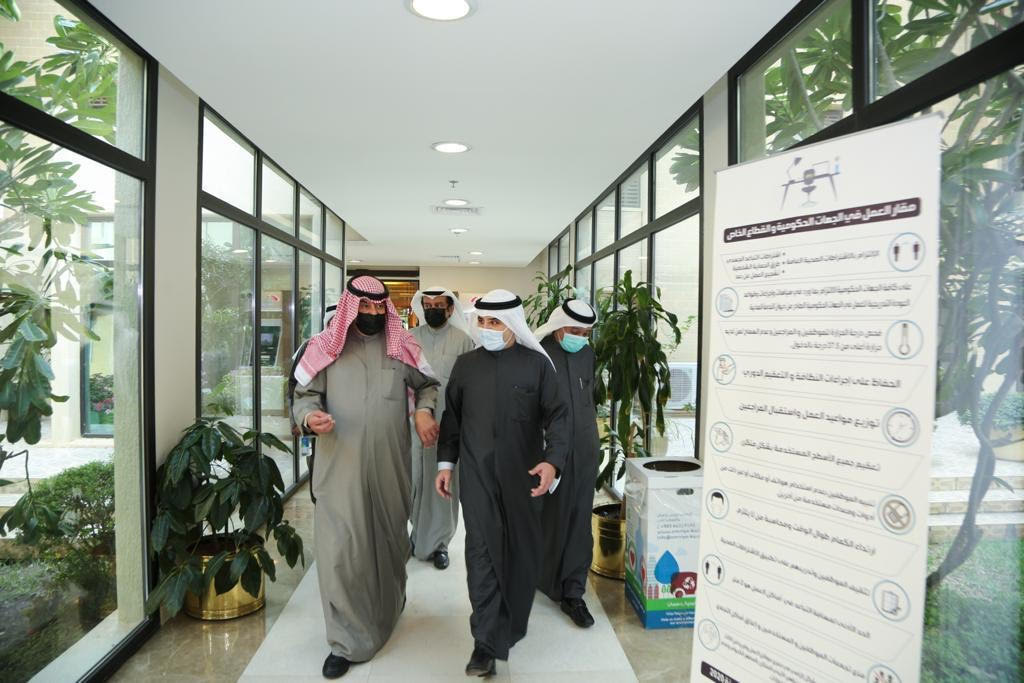 His Excellency Sheikh Dr. Ahmed Nasser Al-Mohammad Al-Sabah, Minister of Foreign Affairs, accompanied by His Excellency Ambassador Khaled Suleiman Al-Jarallah, Deputy Minister of Foreign Affairs, conducted a field tour to the Department of Financial Affairs at the Ministry of Foreign Affairs, on Thursday, December 17th 2020. In order to get acquainted with the functioning of the administration and all its employees. His Excellency was received by HE Ambassador Adnan Issa Al-Khudair, Assistant foreign Minister for Financial Affairs, and a number of senior administration officials.
His Excellency Sheikh Dr. Ahmed Nasser delivered a speech on this occasion in which he praised all the efforts made by those in charge of the administration and all the cadres working in it, and urged them to take the initiative to develop work, especially with regard to digital transformation and the use of modern technologies, and to depart from the traditional frameworks of work in order to achieve flexibility and efficiency in Work. His Excellency was briefed on all departments, divisions and controls in the administration and its workflow in this regard.