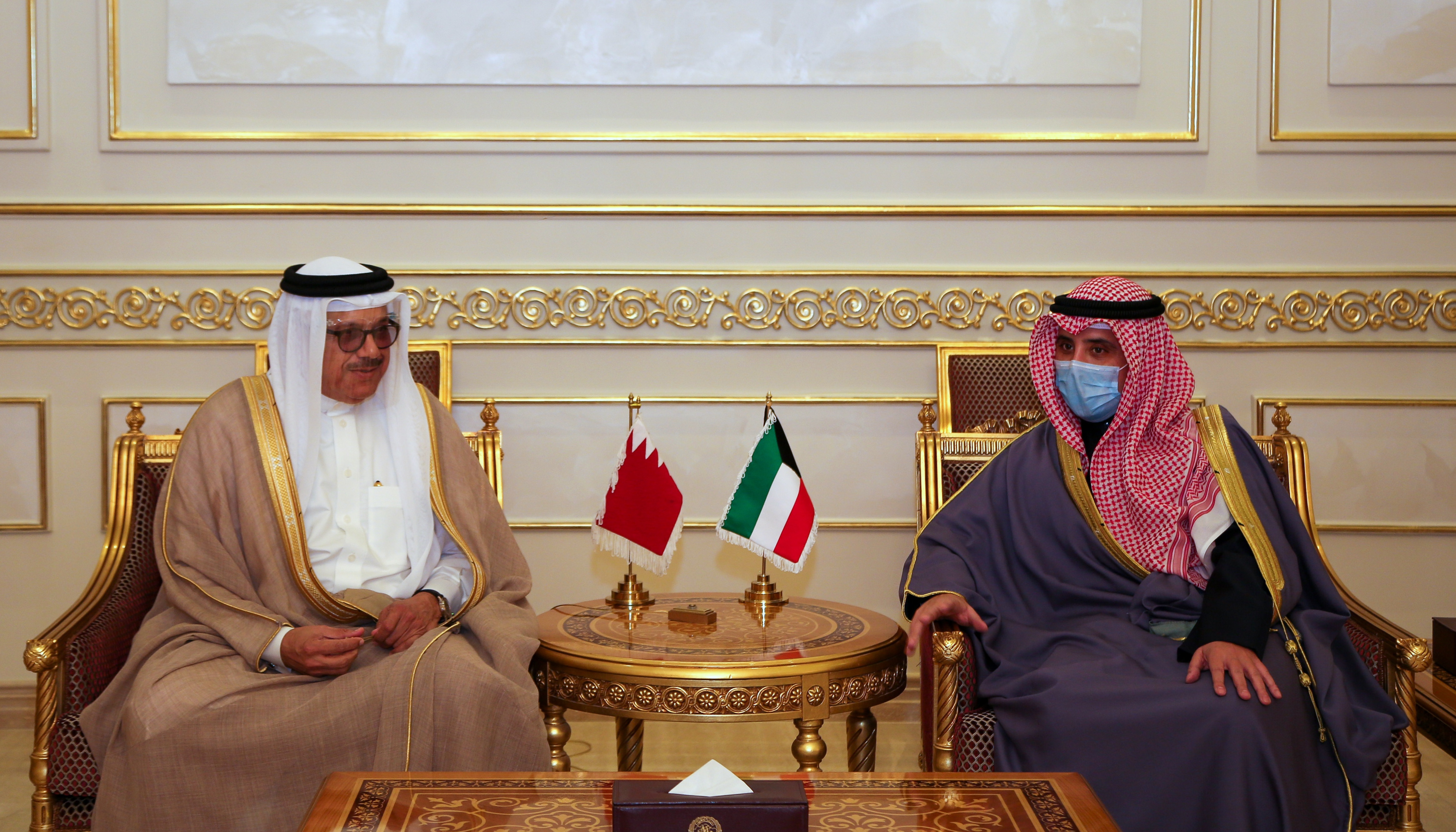 His Excellency Sheikh Dr. Ahmed Nasser Al-Mohammad Al-Sabah, Minister of Foreign Affairs and Acting Minister of Information, met with His Excellency Dr. Abdul Latif bin Rashid Al-Zayani, Minister of Foreign Affairs of the Kingdom of Bahrain, on Sunday, November 29th 2020, on the occasion of his official visit and the accompanying delegation to the State of Kuwait. The two top officials discussed the overall solid and strong relations that bind the two brotherly countries, and discuss the latest developments on the regional and international arenas.