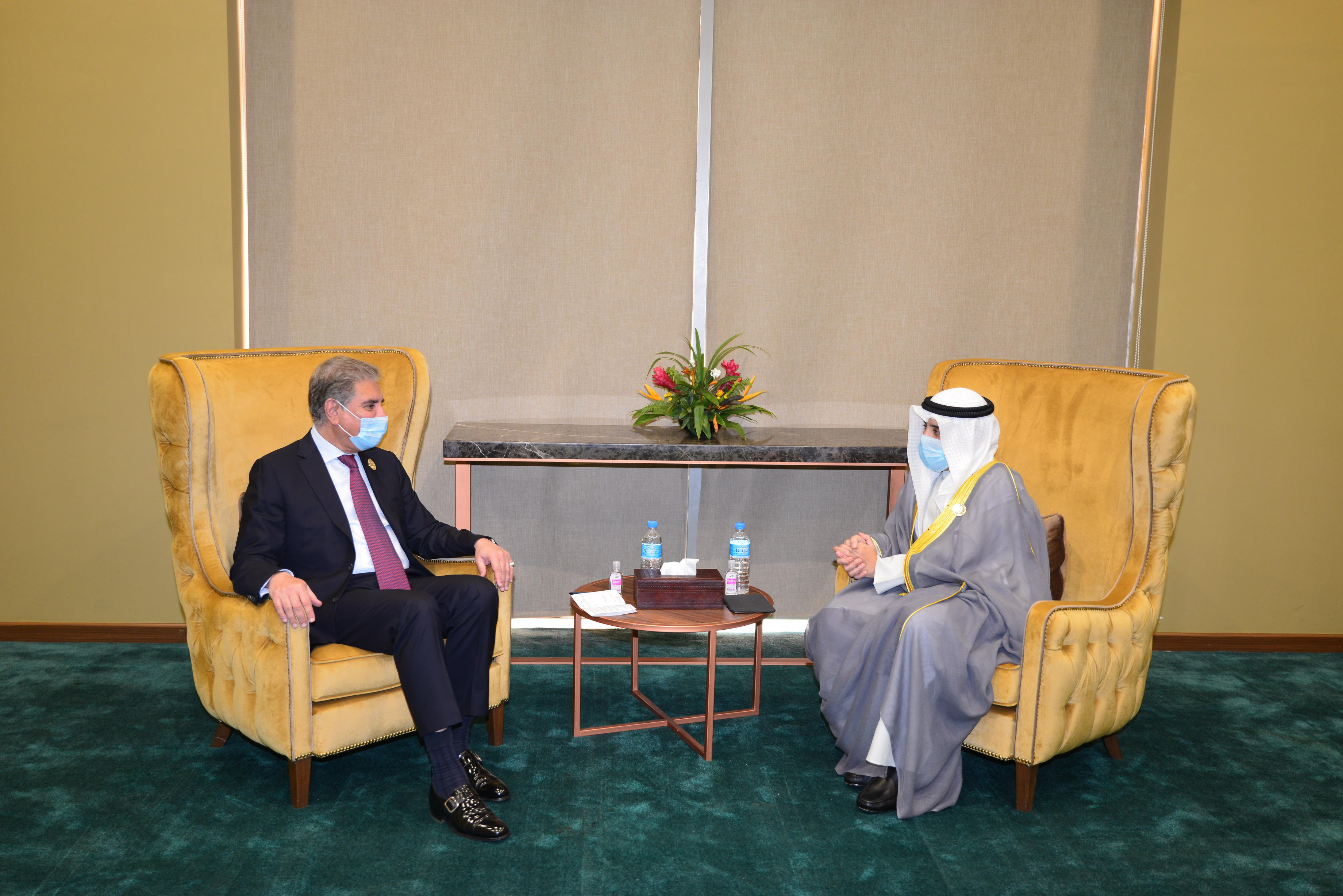 His Excellency Sheikh Dr. Ahmed Nasser Al-Mohammad Al-Sabah, Minister of Foreign Affairs and Acting Minister of Information, met with His Excellency Mr. Makhdoom Shah Qureshi, Minister of Foreign Affairs of the Islamic Republic of Pakistan, on the sidelines of the 47th session of the meeting of the Organization of Islamic Cooperation Council at the level of foreign ministers, which is held during the period From 27 to 28 November 2020 in Niamey, Niger. During the meeting, the overall bilateral relations between the two friendly countries were reviewed, and the latest developments on the regional and international arenas were discussed.
The meeting was attended by Counselor Ahmed Abdulrahman Al-Shuraim, Deputy Assistant Foreign Minister for the Office of the Minister of Foreign Affairs, and First Secretary Faisal Al-Habashi, Acting Chargé d'Affairs at the Kuwaiti Embassy in Benin.