His Excellency Sheikh Dr. Ahmed Nasser Al-Mohammad Al-Ahmad Al-Sabah, Minister of Foreign Affairs and Acting Minister of Information, holds a meeting with members of the embassy and heads of technical offices attached to Washington 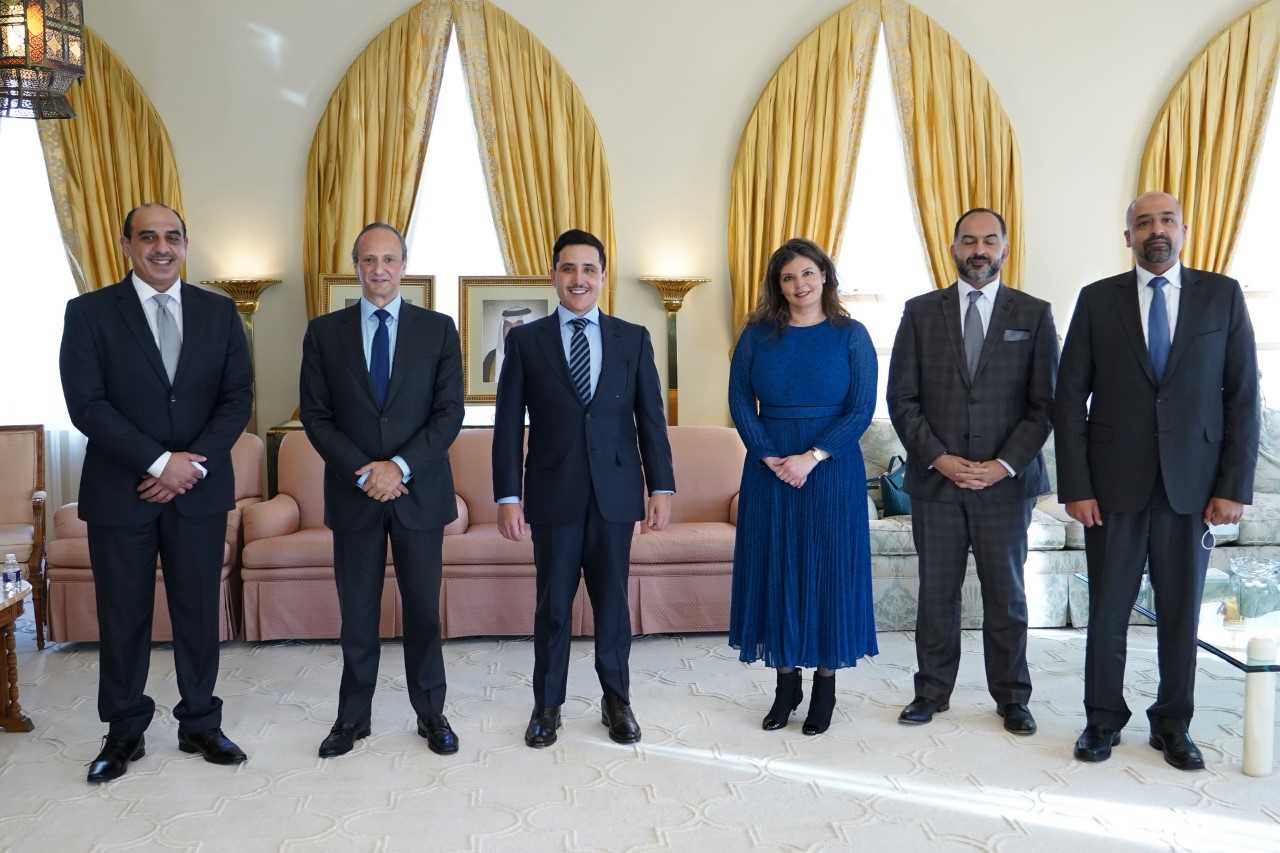 His Excellency the Minister of Foreign Affairs and Acting Minister of Information Sheikh Dr. Ahmed Nasser Al-Mohammad Al-Ahmad Al-Sabah, held a meeting with members of the embassy and heads of the technical offices attached to Washington on Tuesday, November 24th 2020, within the participation of His Excellency in the fourth strategic dialogue between the State of Kuwait and the United States of America.
During the meeting, His Excellency conveyed the greetings of His Highness the Amir Sheikh Nawaf Al-Ahmad Al-Jaber Al-Sabah, His Highness the Crown Prince Sheikh Mishaal Al-Ahmad Al-Jaber Al-Sabah, and His Highness the Prime Minister Sheikh Sabah Al-Khaled Al-Hamad Al-Sabah, and their appreciation for the role played by the embassy and technical offices Attached to caring for the interests of citizens abroad, especially the great efforts that have been made during the stages of returning citizens to Kuwait following the repercussions of the spread of the Corona virus. His Excellency also conveyed the directions of the political leadership to all representatives of the authorities on the need to overcome any obstacles facing Kuwaiti citizens, whether those receiving treatment, or students studying in the United States or those for the purpose of tourism, stressing the importance of working to strengthen the relationship with the American side in various fields, and seeking to develop working mechanisms in various offices in order to reach the ideal response to the needs of citizens.
His Excellency listened to a detailed explanation from the heads of the technical offices about the efforts they are making, and the most important ideas put forward in order to develop performance and raise the level of cooperation.
For his part, His Excellency Ambassador Sheikh Salem Abdullah Al-Jaber Al-Sabah expressed his appreciation for this important meeting and the directives issued by the Minister of Foreign Affairs and the Acting Minister of Information, stressing that the embassy and the attached technical offices will continue to work in order to overcome all obstacles facing our honorable citizens, and to enhance the level of relations with the United States of America.