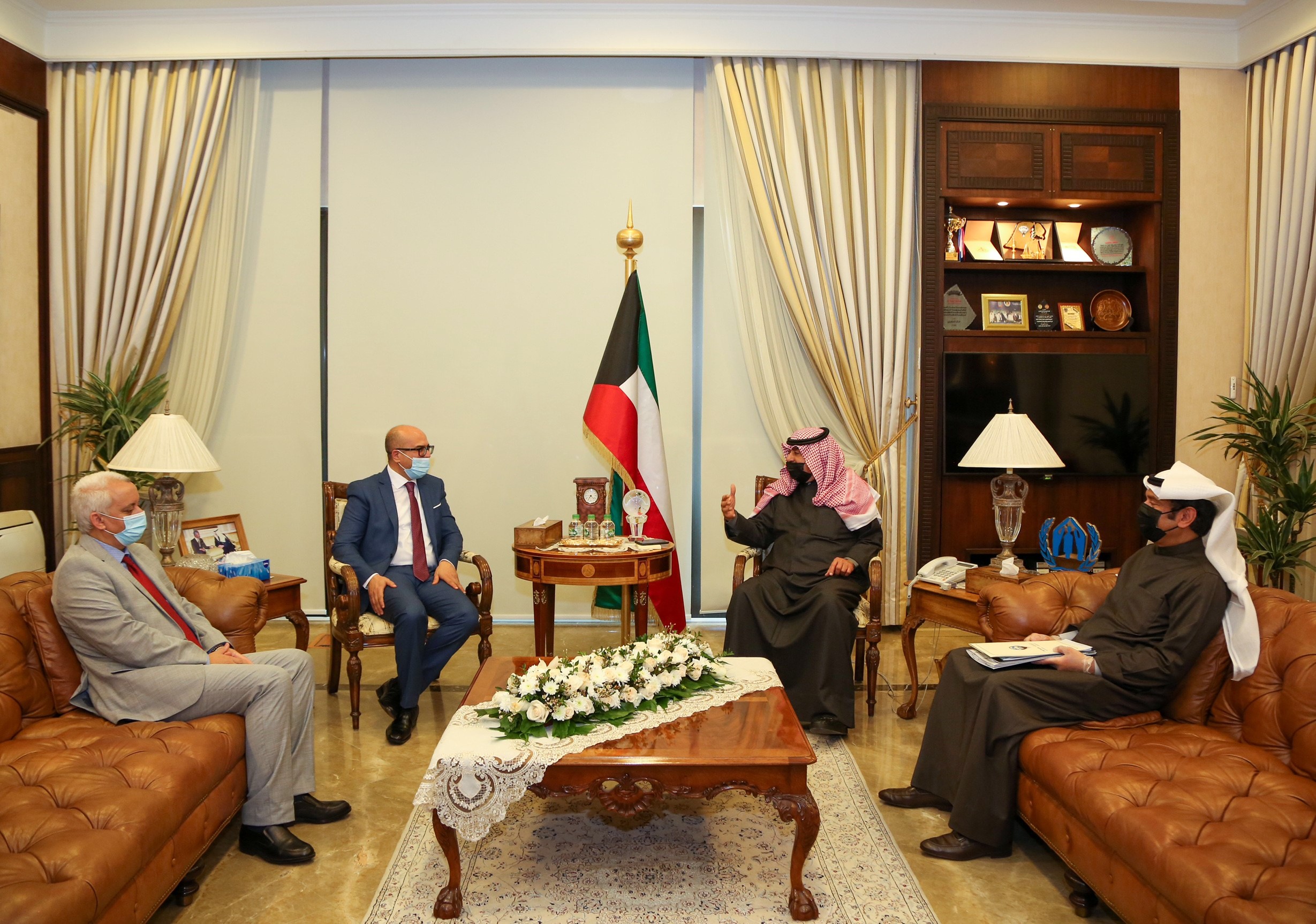 His Excellency the Deputy Minister of Foreign Affairs Ambassador Khaled Suleiman Al-Jarallah met with His Excellency the Ambassador of the Republic of Tunisia to the State of Kuwait, Ambassador Al-Hashemi Ajili on Monday, January 11th 2021, on the occasion of receiving his duties in the State of Kuwait. During the meeting, the two diplomates reviewed a number of aspects of bilateral relations between the two countries, in addition to the developments on the regional and international arenas.
The meeting was attended by Ambassador Ayham Abdel Latif Al-Omar, Assistant Foreign Minister for the Office of the Deputy Minister.