H.H. The Deputy Minister of Foreign Affairs heads the delegation of the State of Kuwait at the twentieth meeting of the Ministerial Committee concerned with following up the implementation of relevant resolutions in the joint GCC action 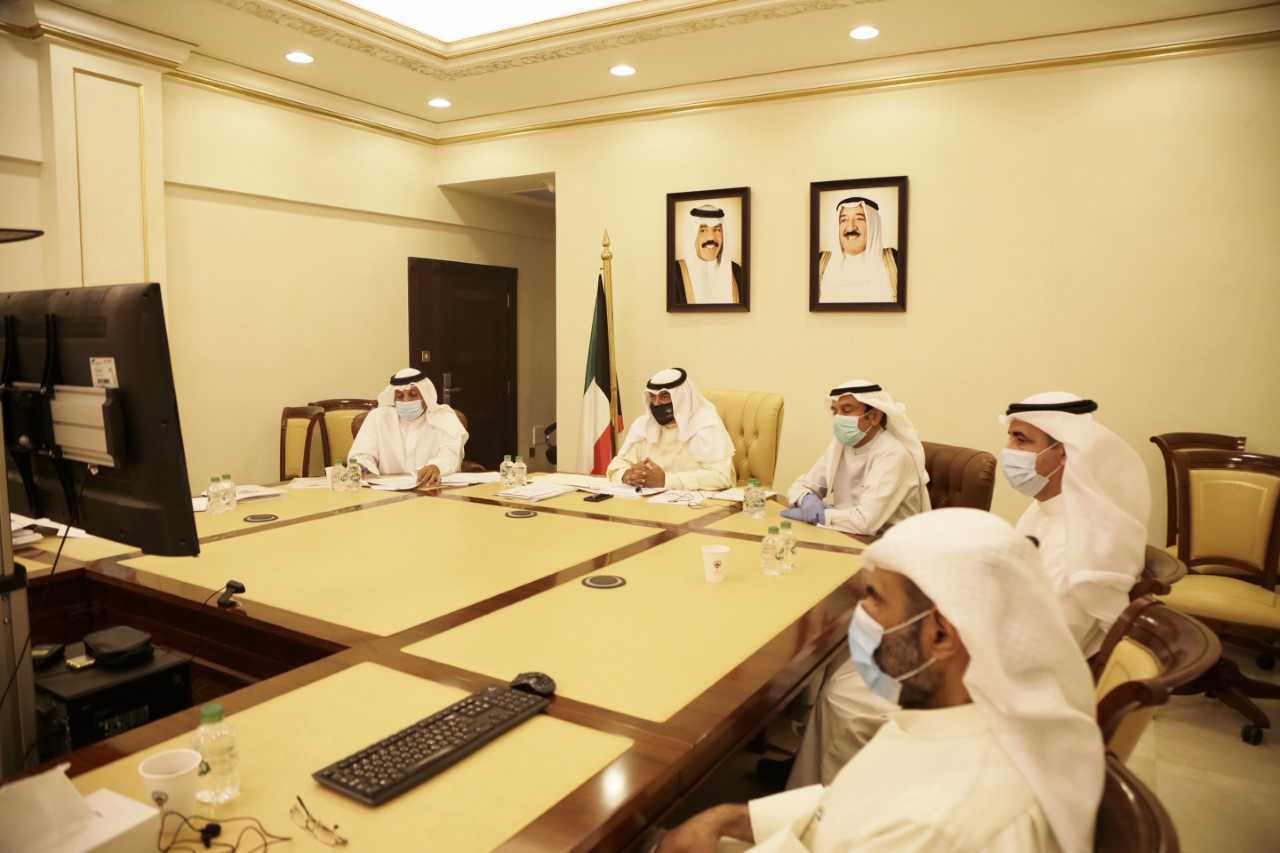 H.H. Deputy Foreign Minister Khaled Suleiman Al Jarallah headed the delegation of the State of Kuwait participating in the twentieth meeting of the ministerial committee concerned with following up the implementation of the relevant resolutions in the Gulf Cooperation Council (GCC) joint work group headed by the United Arab Emirates, which presides over the work of the 40th session of the Supreme Council of the Council Cooperation for the Arab Gulf states. The meeting was held on July 20th 2020.

The meeting was opened with a speech from His Excellency Minister of future and Cabinet Affairs in the UAE Mohamed Al Gergawi, where he made it clear that this meeting is being held in a hypothetical manner because of the pandemic. H.E. praised what has been achieved in this ministerial committee during his work process, which reflects the keenness of the GCC countries on this path.

For his part, the Secretary General of the Cooperation Council, Dr. Nayef Al-Hajraf reviewed in his speech the work of the committee, praising the keenness to convene it on time, which reflects the keenness of the GCC states to implement the decisions taken in a way that enhances joint Gulf action.

The Committee discussed during the meeting the topics mentioned in the agenda and took necessary decisions regarding them. It is mentioned that the Ministerial Committee concerned with following up the implementation of the relevant resolutions in the joint Gulf work was established by a decision from the Gulf Summit in 2008 to follow up and ensure the implementation of all resolutions of the joint Gulf action.