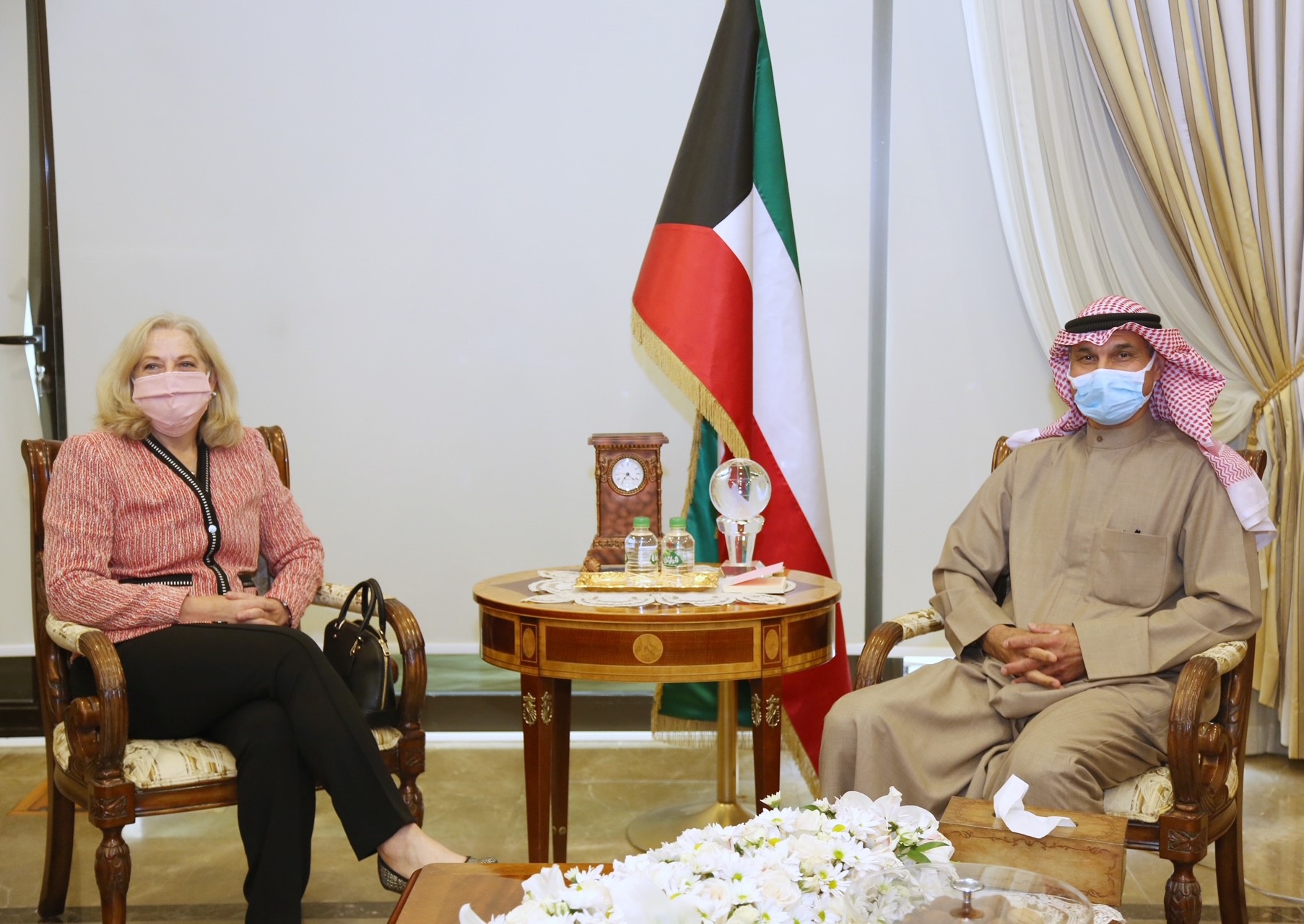 His Excellency the Deputy Minister of Foreign Affairs, Ambassador Majdi Ahmed Al-Dhafiri, met with the Ambassador of the United States of America to the State of Kuwait, Ambassador Elena Ramanowski on Tuesday, March 16th 2021.